Why You Should watch Monster H-e-n-t-a-i 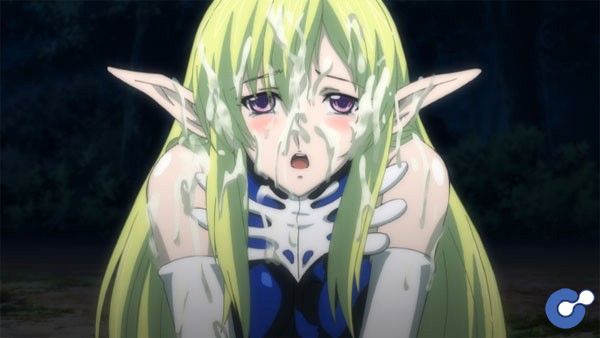 The question now is: Do you want to unleash the monster within you at the comfort and privacy of your own TV/computer screen? Then this topic will try to give you some reasons why you should even watch monster H-e-n-t-a-i.

From oversized penises, vaginas having jaws, women with penises, tentacles, women sold to demons as slaves, women sacrificed for demonic rituals, women used as part of machinery, monster impregnation, penetration deformities, gallons upon gallons of bodily fluids, body horror to gore, monster H-e-n-t-a-i is a different category of pornography that is not for the faint of heart, but it offers a unique experience who has the stomach for it. Scenarios and stories revolving around these fetishes can be predictable or creative (take for example the monster rape scenes in Goblin Slayer), and you’d be surprised at the many ways monsters can defile a human being. And while the acts are vile and depraved, it’s also an art form that, overtime, you will eventually grow to appreciate. It’s like drinking beer: at first the bitterness was off putting, after a few sips and getting all tipsy, you’ll then realize why people drink beer.

An example monster H-e-n-t-a-i that contain almost every fetish mentioned is the grandfather of all H-e-n-t-a-i itself, Choujin Densetsu Urotsukidoji series. Girls are getting raped by a massive demon and sometimes the demon eats his victims because they’re not worthy vessels for his offsprings. Sexual lust are also used as an energy source, so the demons abduct women and insert gigantic pistons to their womanhood, or a scene where a demon and human mutual having sex because their energies are compatible. Yes, you’ll never see these sort of scenarios outside monster H-e-n-t-a-i.

Degradation of the Beauty by the Beast

Monster H-e-n-t-a-i shows its viewers that anything, and we mean anything, can fit in any orifice and while these acts are both disgusting and absurd, it’s how they’re used to defile the mental fortitude and purity of the human soul. A beautiful woman with a pure heart gets dragged inside a pit of demons and comes out as a mindless sex-starved maniac who refuses to touch a man because they couldn’t match the size and bulk of the demons. Or maybe a proud warrior princess turned into a sex slave in exchange for the safety of her people, and eventually she gets betrayed by her captors. Or perhaps a young timid woman who has a crush on a boy and the boy transforms into a monster and uses her body to bear his inhuman children. Here are a few examples:

Literally any Taimanin series. Assassins/spies infiltrating underground crime rings, only to be captured and turned into playthings for monsters and used as test subjects for potent aphrodisiacs.

Himekishi Lilia. The crowned prince Dirk was denied the throne in favor of his sister Lilia and started a rebellion to overtake the kingdom. Dirk has made a pact with demonic entities and subjected Lilia to monster sex rituals in order to extract an unknown power within her. 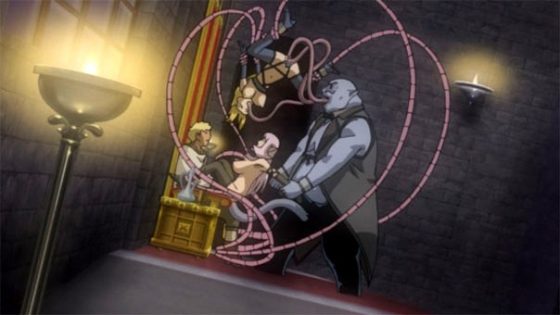 And these are the reasons why you should watch or even take a quick glimpse at monster H-e-n-t-a-i. Watching this kind of H-e-n-t-a-i is like watching the many kinds of Hell humanity experiences. It’s not pretty, it’s unforgiving, it’s brutal, and it will break your soul; but if you watch these titles purely for visuals and story, then give monster H-e-n-t-a-i a shot. Who knows, they might bring out the monster in you.

And with that said, monster H-e-n-t-a-i, like any other form of entertainment medium, are works of fiction and the sexual acts are just artistic expressions of the artists, writers and animators, and are not meant to be representations of their personalities and sexual preferences, or used to encourage people to follow these sexual acts (firstly, you’re not a tentacle monster). They’re just windows of what it’s like to live in worlds where monsters are living amongst humans and evil ruled and happy endings are few and far between.

Meet The Cast of Wotakoi: Love is Hard for Otaku Live-Action Film in Teaser Trailer

Why You Should watch Monster H-e-n-t-a-i

Saga of Tanya the Evil the Movie Releases Second Trailer!

Meet The Cast of Wotakoi: Love is Hard for Otaku Live-Action Film in Teaser Trailer

3 Action Manga to Drop Everything for and Read